For the very first time, Jackie Chan’s “Police Story” trilogy is getting a 4K UHD box set. It’s available to pre-order on Amazon’s UK site, but the set is region-free, meaning you can watch it anywhere with whatever player you already own. The title will be released on September 26, 2022 and it costs £65.35. The delivery charge is £11.55 if you’re in the UK, and they’ll also ship internationally. This trilogy thriller has great special features (via CityOnFire) and includes “Police Story,” directed by Jackie Chan from 1985, “Police Story 2,” directed by Chan from 1988, and “Police Story 3: Supercop , “directed by Stanley Tong in 1992, which also stars Michelle Yeoh (“Everything Everywhere All at Once”). 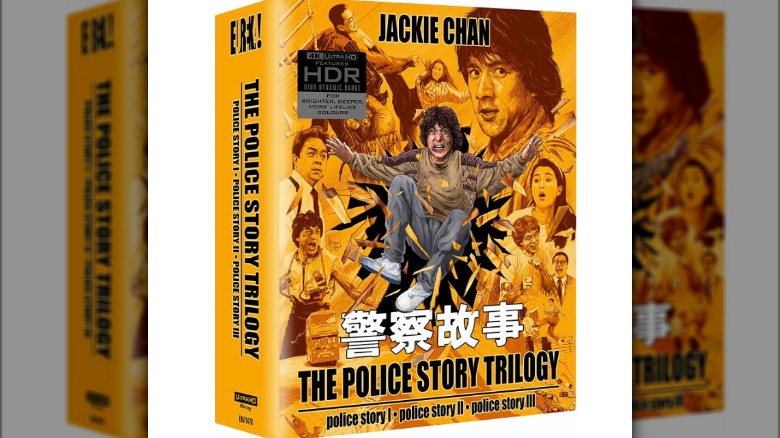 The 4K UHD version comes to us from Eureka Classics, and they’ve made a new trailer, which you can watch below. You might want to get on it fast, as this is a limited edition set, with only 4,000 copies released.

These are just the features of the physical media. There’s a slew of goodies with every movie.

The site also says that this title will also be available from a US retailer called The Goodie Emporium.

That’s a lot of “Police Story” stuff for not a lot of money, even with the exchange rate. You might have to wait a bit for it to arrive, but it’s pretty fantastic. Love that it has the Hong Kong theatrical version with audio commentary and the dub track “American English”. Additionally, Michelle Yeoh and Jackie Chan do their own voice acting.